The Virgin Mary with the Child, who blesses the boy John, is also known as Diotalevi Madonna after his previous owner. The picture was made in Perugia under the direct influence of Pietro Perugino, to whom it was once attributed. Due to the rather ancient appearance of Mary towards the boy and the Christ child, Roberto Longhi suggested that the picture had been created over a long period of time, over several years. This view is rejected by most researchers, who mainly propose dating around 1502.

Still listed as Perugino in the Diotalevi Collection, Gustav Friedrich Waagen already recognized the painting as an early work by Raphael and bought it in 1842 for 150 Luigi (about 2907 marks) for the Royal Museum in Berlin. The attribution to Raphael was recognized until the 1870s. From the catalog of 1878, the authorship of Raphael was doubted. Venturi even contemplated in 1913 that the picture was created by a hitherto unknown painter whom he considered the notate master of the Diotalevi Madonna. In the aftermath, however, sat down again a write-up to Raphael, which continues to this day.

The picture was issued from the acquisition by the Royal Museum throughout until 1939. Then it was outsourced to the Flak tower Friedrichshain. As the fighting of World War II continued to approach Berlin, the picture was outsourced in the spring of 1945 to the potash mine Kaiseroda-Merkers in Thuringia , where it fell into the hands of the Americans. They made it to the General Art Collection Point in Wiesbaden. It did not return to Berlin until 1956, where it was exhibited permanently in the Museum Dahlem from 1956 to 1997. Today, the painting is exhibited in the Bode Museum. 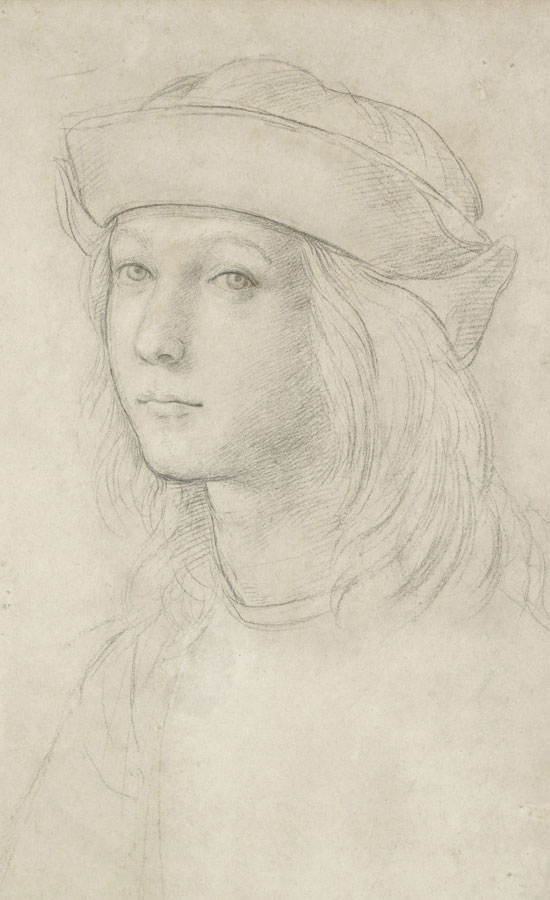