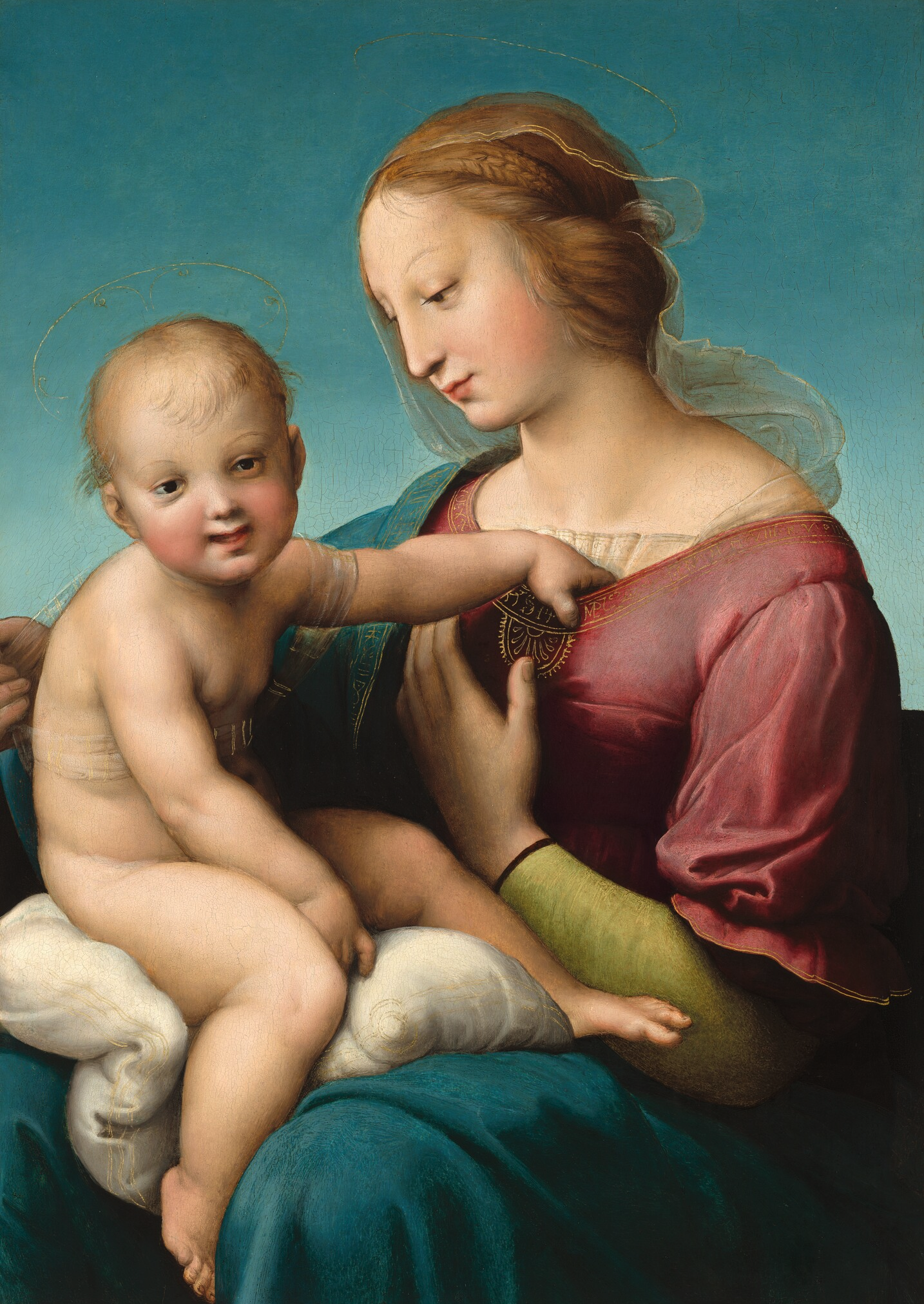 Signed and dated 1508—MDVIII.R.V.PIN (1508 Raphael of Urbino painted it)— The Niccolini-Cowper Madonna was probably one of the first pictures Raphael painted in Rome, at the end of his Florentine period. It was a work for which he must have made innumerable studies. There is a drawing for the head of the child in the Lille Museum, and another drawing of heads in the British Museum in London. The latter study bears a close relation to the painting repro­duced here, though it has also been connected with other works. A master of com­position, Raphael never achieved a more intricately and satisfactorily balanced de­sign of two figures.

The early history of the painting is unknown. It is first recorded in the Casa Nic­colini in 1677. It seems to have been bought from the Niccolini family by the painter and art dealer Johann Zoff any shortly after his arrival in Florence in 1772. He had been commissioned by Queen Charlotte of England to paint a view of the Tribuna, the room in the Uffizi which housed many of the greatest art treasures of the Grand Dukes of Tuscany. In many ways a precursor of Lord Duveen, Zoffany did not hesitate to get as much publicity as possible from his Tribuna. In the paint­ing (which is now at Windsor), he has shown himself offering for sale the Casa Niccolini Madonna to Earl Cowper and to the other English cognoscenti sojourn­ing in Florence. In 1826 the Literary Gazette ran an amusing account of Zoffany’s dealings. “He was wont to ask all English comers to Florence, ‘Have you seen my Raffael?-Ah! den you must see it.’ … His lordship [Lord Cowper] paid down a certain liberal sum [five hundred guineas according to the Panshanger papers], and granted, by way of residue, an annuity of a hundred pounds, which the fortunate painter (who lived, as is said and pretty generally believed, to be between ninety and a hundred) enjoyed to the last. Hence this ‘Madonna’, perhaps, whatever may be its merits, is the dearest Raff ael that ever was purchased, even by a traveling English 1 or d. i” Actually, Zoff any lived to be only seventy-seven. He had originally asked five thousand guineas for his Raphael and, in spite of his long life, did not quite realize this figure. Lord Cowper in turn tried to sell the Madonna to George III at a very low price, hoping this bargain would cause him to be made a Knight of the Garter. Fortunately for the National Gallery of Art, the King did not accept the offer and Lord Cowper never got the Garter. The painting was finally sold by his heirs through Duveen Brothers to Andrew Mellon. In the end, Zoffany’s Madonna brought 170,000 guineas, thirty-four times his original asking price. 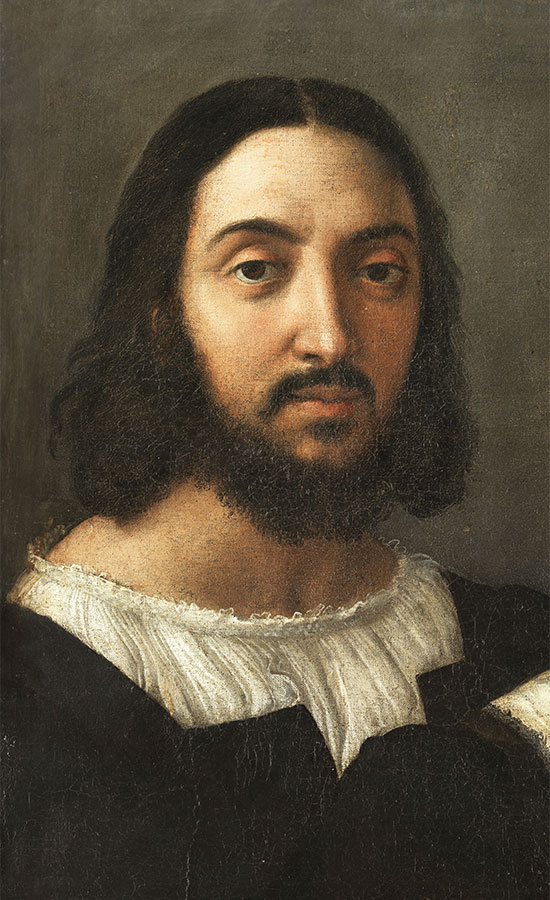