The Small Cowper Madonna was purchased in Italy in the eighteenth century by that remarkable Earl Cowper who is referred to frequently in Horace Walpole’s correspondence with Sir Horace Mann, and the painting hung for over a century in Lord Cowper’s country estate of Panshanger. A great connoisseur with an instinc­tive sympathy for the Renaissance, Lord Cowper was so drawn to Italy that he spent most of his life in Florence and became a prince of the Holy Roman Empire. Horace Walpole wrote scathingly of this eighteenth-century expatriate, “He has the awkward dignity of a temporary representative of nominal power.” Although Walpole might despise Lord Cowper’s choice of titles, he could not but envy his choice of pictures. For this eccentric English earl was the only collector of his time who could show the span of Raphael’s development during his Florentine period. The two Madonnas, which were in his collection and which are now both in the National Gallery of Art (see plate 198), reveal the quintessence of Raphael’s ear­ly and best manner of painting on panel. Giovanni Morelli, the founder of the sys­tem on which the modern attribution of Italian painting is based, considered The Small Cowper Madonna to be “perhaps the most lovely of all Raphael’s Ma­donnas . . . [It] sets the young artist before our eyes in the full blaze of his inde­pendence.” In the half-century that has elapsed since Morelli made this statement, no serious critic has questioned either his evaluation or his placing of the picture in Raphael’s development. There has been general agreement among critics that The Small Cowper Madonna was probably painted sometime in the year 1505, shortly after Raphael achieved his mature style in Florence. Our Lady’s expression still re­tains the dry, tired wistfulness we find in the Madonnas and saints painted by his master, Perugino, but the figures are drawn with more certainty, their forms mod­eled with more solidity, than in any work of the Umbrian period. The buildings in the background, however, seem quite definitely to be the convent and church of San Bernardino on the outskirts of Urbino. Thus even though the picture may have been painted in Florence, it was probably commissioned by an Umbrian patron. 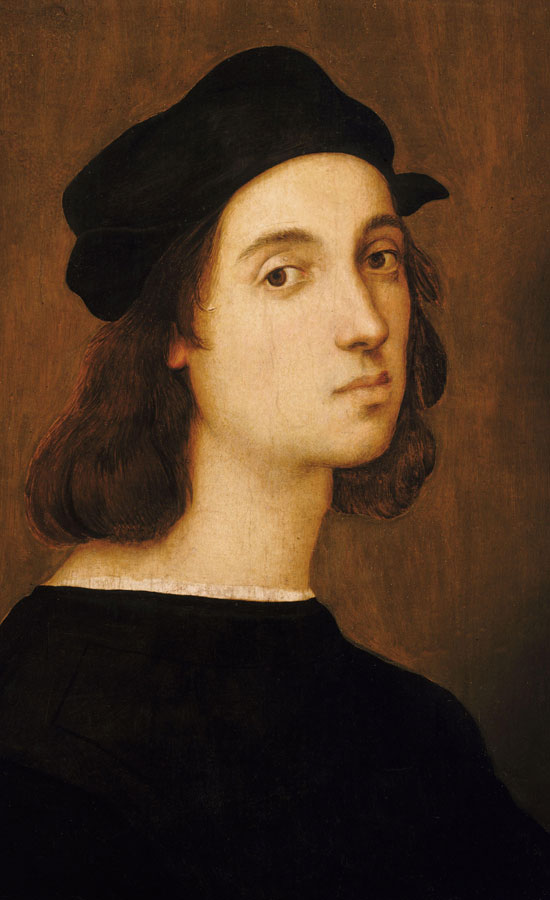